The Supreme Court dictates that shares should not be taxed on Inheritance Tax, holdings and properties for “household trousseau”, which will have a relevant impact on family businesses and assets. 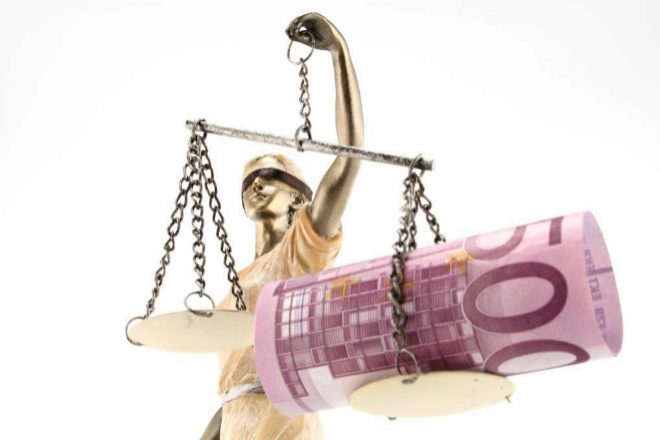 Successions of family businesses and large estates will now have substantial tax relief. The Supreme Court has just issued two important judgments that establish jurisprudence, in order to modify the valuation of the shares for the benefit of the heirs, participations, real estate and treasury in inheritances. Until now, the inheritance tax law valued as “household trousseau” he 3% of the total value of inheritances, including stocks, Shares and movable and real estate assets mentioned, that were taxed on the amount involved 3%. As well, The Supreme Court now stipulates these judgments that these assets must be excluded from the 3%, which will have a very relevant impact on numerous family businesses and large estates, that significant amounts will be saved when taxing the inheritance. Besides, the sentence itself opens the possibility for taxpayers to request the refund of the amounts paid (improperly) for the past four years. Thus, as an example, in a family business valued at 1.000 million can be obtained from now a saving of some 10 million euros in succession.

In the inheritance tax, in addition to calculating the market value of goods and rights less debt, you have to add the 3% as a household trousseau, which generally refers to goods for habitual domestic use. In the case of the family business, with a bonus based on 95%, the taxation of the 3% household trousseau.

The Supreme Court clarifies what happens when there are other assets such as securities, Actions, real estate or treasury, since the tax law does not distinguish it, and you had to calculate the 3% especially, the criteria applied by the Tax Agency and interpreted so far by the Supreme Court itself and which produced very high taxes.

One of the judgments affects the succession of a family construction company in Madrid in which the 99,97% the value of the inheritance is made up of shares of a commercial company. The appellants asked that it be said how to calculate the aforementioned trousseau. The interpretation offered by the Supreme seeks to integrate it with the Civil Code and the Law on Wealth Tax and reintegrates it in Successions. It is a harmonized interpretation, in which the lien of the 3% it only affects goods for private use, and the novelty is that income-producing assets are excluded, money, titles and securities, among which stocks and shares stand out. “We consider that household trousseau only comprises a certain class of goods and not a percentage of all those that make up the inheritance. We cannot share the expansive concept”, points out the Supreme. Specific, in a company of 250 millions, the trousseau was valued at 7 millions, to pay for 3, lien that the Supreme now removes. In this case, in which “he 99,97% the value of the inheritance is made up of shares of a commercial company and, thus, affect the development of an economic activity, which is also real estate”, the Supreme interprets that “it does not seem that the will of the law is to include such goods among those that make up the household trousseau”, what could have “a possible double-counting effect of the same assets for the quantification of the tax base”.

The second sentence concerns the succession of an estate with several properties in a rural municipality in Asturias valued at 1,5 millions.

The two sentences contain a particular vote of three partially dissenting magistrates. On one side, They go even further than the sentence itself and raise the unconstitutionality of the concept of trousseau. But at the same time they raise doubts about whether the actions and participations should be counted in the trousseau concept.. In the judgment of the magistrates, “as the sentence says, the actions and social participations cannot integrate, not even analogically, the concept of household trousseau, what has no discussion possible, but it is also true that said shares and participations are part of the relict wealth, like the household trousseau and like the rest of goods and rights that make up the heritage”.

THE HIT TO THE SAVING THAT APPROACHES

These pronouncements of the Supreme favorable to alleviate the taxation in Successions and patrimonies take place when the Government of Pedro Sánchez prepares a cataract of tax increases to which it calls “great fortunes”. Plans to raise the Wealth Tax a 1% for assets from 10 million and a four point rise in maximum savings returns, of the 23% al 27%. To which is added a rise of two and four points from the maximum marginal income tax and a rise in companies with a tax of 5% of dividends and the imposition of a minimum rate of 15%. These are the figures that he agreed with Podemos to increase and to which he refers when the purple party requires him to create a tax on great fortunes, which at the moment he refuses. Added to this is an upward harmonization of Successions and Heritage in the reform of regional financing.

Likewise, takes a radical turn in the taxation of life insurance ‘unit linked’ and stipulates that they are subject to equity. This is established in the preliminary draft law to combat tax fraud that was approved by the Council of Ministers and which declined in Congress in 2019 with the legislature and which now retakes. This is the opposite of what the Treasury established with Cristóbal Montoro, since it set in 2017 that these insurances were exempt.