Germany tries to get families to move ahead with their consumption decisions.

The involuntary savings of these months could support the economy now.

VAT is one of the most regressive tax figures due to its fixed rate. 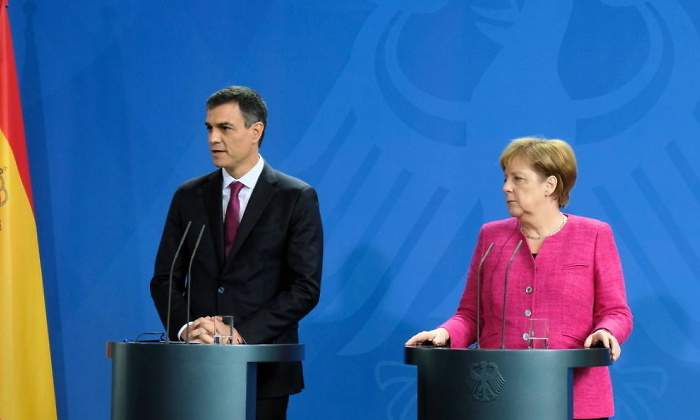 While in Spain the Government debates what taxes should be raised coming soon to increase collection, in Germany the recently approved stimulus plan has come with a tax break under his arm. Angela Merkel's Government has lowered the VAT overall by three percentage points to 16% and the reduced by two points up to the 5%. A temporary measure that aims to relaunch consumption and thus reduce the impact of the coronavirus crisis. Spain has a general VAT rate of 21%, one reduced from 10% and another super-reduced 4%.

Economic crises affect countries with different intensity. A good part of the impact depends of the structure of the economy and the legislative framework that governs the country (working market, for example) at that moment. But another good part also depends on the decisions that are taken in real time to fight the economic impact: stimulus plans, measurements to smooth job destruction or modify taxation to support families and companies. Germany knew how to get out of the previous crisis well and now it is laying the foundations to overcome this recession with greater integrity than the rest of European countries. It is also true that you have more scope to do so..

“The huge new tax package of 130.000 millions of euros (4% del START) for 2020 and 2021 agreed by the Grand Coalition of Chancellor Angela Merkel on 3 June contains a big surprise for us: temporary VAT cut of 3 percentage points of about 20.000 millions of euros (2pp for the lowest type) for the second semester of this year”, Citi analysts comment.

These kinds of quick and temporary measures are not new.. “The UK implemented a similar cut to boost consumption in the crisis of 2008/9 with some success”. The idea is that households advance some consumption expenses on certain durable goods (washing machines, televisions, refrigerators…), triggering a virtuous circle of growing demand that feeds on itself.

Although it is true that these types of measures what they do is advance future consumption (reason why later consumption could be resentful) domestic demand is resisted at the most critical moment, what can be vital to keep jobs.

The Swiss bank UBS also praise the measure that could have a considerable impact on GDP along with the announced stimulus plan.. “For our GDP projections it supposes a demand stimulus for the value of 2% del START, to be implemented in the second semester of 2020 with a tax multiplier of 1”.

“This package amply meets these expectations and we expect household consumption to benefit this year. The temporary cut in the VAT rate will induce households to advance purchases especially large in the second quarter of 2020 and will reduce the saving rate”, UBS experts highlight. This measure is temporary in nature to cushion the slump in consumption, in 2021 VAT should recover its original rates.

On the other hand, the lowering of VAT can be a help for the most vulnerable families, because this tax figure is of the most regressive (in fiscal terms) since it taxes all families regardless of the income they have with the same rate. A family with an income of 100.000 annual euros pays the same type of VAT as a household with income of 20.000 euros. Besides, the poorest families are forced to consume a greater part of their income in fixed expenses (rental, food…), so VAT ends up taxing a greater part of the income of the most vulnerable households.

Great stimuli, tax cuts and adjusting the labor market through shorter hours are Germany's main tools to combat the crisis. Germany starts from a position of advantage over Spain due to the high fiscal margin of the Merkel government, what supposes a greater capacity to maneuver through these measures.

Spain has reached the crisis with a public debt close to 100% of GDP and a public deficit higher than 2% del START. Conversely, Germany had accumulated fiscal surpluses for several years, which have led to public debt falling below the 60% of GDP in the last quarter of 2020. Some analysts even foresee that Germany's recession will be one 2,1%, against the most pessimistic forecasts for Spain that talk about a recession higher than 10%.

The Government of Spain debates which taxes can and should be raised in the future to face the great fiscal consolidation that is coming. Although the rate of any figure has not yet been increased nor have new taxes been approved in recent months, these types of measures can involve a drag on investment and domestic demand, as Alberto Alesina explained (Harvard), Carlo A. Favero (Bocconi University) y Francesco Giavazzi (Bocconi University), economics professors who have recently published the book uster Austerity, when it works and when it doesn't ’.