* Spain has nominal tax rates that are relatively high.

* Nevertheless, implicit rates (what is really paid) they're short.

Spain collects less for taxes and social contributions than the average of the euro countries. This gap prevents, probably, that the Spanish welfare state is comparable to that of the great partners of the Eurozone and is very far from that of countries such as Denmark or Sweden. Closing this gap is an option that depends on the country model chosen by Spanish society through the ballot box. There are countries that collect less than Spain and work well (Ireland or Australia are some examples) and others who raise more (France or Denmark) and they also have very high living standards. If you choose to increase collection to converge with Europe, the key is to know why Spain obtains less public revenue than the euro area average. Broadly speaking, the answer lies in tax deductions, reduced VAT rates and the shadow economy. 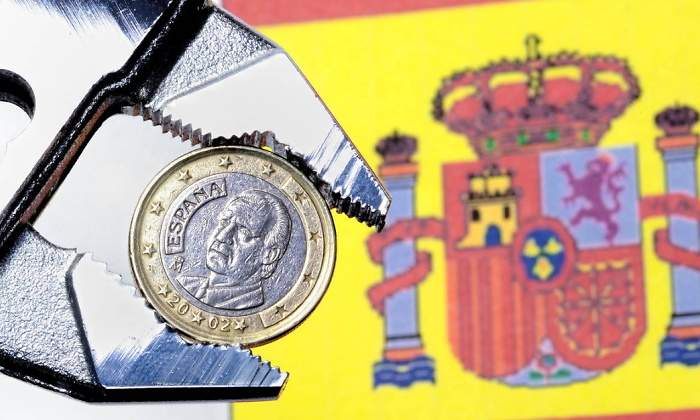 Spain enters by taxes and social contributions about six points less than GDP than the euro zone average. It is true that it is an important gap. If full convergence occurs, Spain would raise some 74.000 million euros more per year, quantity enough to close the structural deficit and undertake some important investments. With these data arises the eternal debate among those who defend undertaking a tax increase, as is the case of the current government, and those who prefer to keep the tax burden at current levels or even reduce it.

If one chooses to converge with the more advanced countries of the euro zone, it would be appropriate to study in which tax figures Spain is collecting less and why. The results at first glance are surprising, since Spain presents marginal tax rates (the tallest guy) which are on average higher than those in the euro area, but nevertheless collection is lower than GDP in practically all tax figures. According to data from the European Commission, VAT tax rates, Societies, Personal income tax and contributions to Social Security by the employer are higher than the average rates in the euro area. Only the social contributions paid by the worker have a lower rate in Spain than in the euro area. How can Spain collect less if it has higher tax rates?

The big difference is in what is known as implicit types, they calculate what the real rate is being paid. While the official or nominal rates do not take into account bonuses, tax deductions, different sections… the implicit ones are neither more nor less than the quotient between tax revenues and the macroeconomic variables that approximate their tax bases. For example, to find out the type of personal income tax, on the one hand, all the workers' wages are added together (salary table) and on the other, you take everything that has been collected from personal income tax for those income from work, the proceeds are divided between that wage bill and the quotient is equal to the implicit type, so, what has actually been paid by income tax on work in that economy.

For example, the implicit type on indirect taxation (here the VAT is the great figure, but there are also the Special Taxes, for example) in Spain it is 13,8%, in front of 16,8% of the euro area average. Spain has a general VAT that is at 21%, but the reality is that the real pressure that homes feel is 13,8%, largely due to the wide variety of products that are priced at a reduced VAT (10%) and super reduced (4%). This is one of the aspects that the Bank of Spain asked to reform in the last annual bulletin that explained that the difference with the euro zone is due “the highest percentage of consumer goods priced at the reduced or super-reduced rate”.

On the other hand, there is also an important difference in the part of the personal income tax that taxes wages (not the basis of savings), where the implicit tax rate in Spain is 11,26% (the marginal nominal rate exceeds 42%) in front of 12,07% of the euro area average. This lower implicit type, that reduces collection compared to Europe, it may be due to relatively lower sections in the steps that follow the marginal rate (the highest) and, especially, to deductions. The same BdE report warned that “a distinctive element of Spanish taxation subject to reconsideration is the high level of tax benefits. These benefits, derived from the presence of numerous exemptions, deductions and special reduced rates, often generate significant losses in revenue and distort the efficiency and fairness of the tax system”, the report said.

Spain has high nominal or official tax rates in the two most important tax figures in terms of collection. This at first glance may discourage investment or the attraction of qualified human capital, when the reality is that in the end you pay a lower real rate than the European average, which doesn't make much sense, especially when it has been shown that many of the exemptions and deductions do not create the expected incentives, nor do they meet the objectives for which they were designed.

The rest of taxes, although minor, they also present some differences with respect to the euro area. As for the contributions to Social Security that the employer pays, it can be seen that Spain collects more thanks to the nominal tax rate, and in this case also the implicit, are above the average for euro partners. Nevertheless, the contributions paid by the employee create another important gap with Europe, of over 2 GDP points.

As for the controversial Corporation tax it can be seen that Spain has a nominal rate of 25%, higher than average, but the implicit falls to the 15,7%, slightly below Europe. However, the difference in collection is only 0,2 GDP points. The European Commission also publishes the implicit tax rate paid for total capital income (Societies, interests, dividends, rentals…), In this case, Spain taxes capital more intensively than Europe., despite being below in Companies.

To achieve a higher collection it does not seem necessary to raise taxes, it would simply be worth redesigning the tax system and cutting the tangle of deductions that greatly reduce the real tax rate paid. In this sense, Fedea experts have recently expressed that they are asking precisely to reduce tax benefits and review reduced rates.

In a more concrete way, these experts point out in a recent report that “The recommendation to broaden the bases is applicable to both personal income tax, VAT and Corporation Tax., whose tax benefits are being evaluated by AIReF. The redesign of the tax system should contemplate exhaustive scrutiny, based strictly on effectiveness criteria, efficiency and equity, of all the elements of the structure of each figure that suppose a differentiation in the effective tax (exemptions, reductions, deductions, bonuses, reduced rates, etc.). The elimination of some of these benefits could generate a significant volume of income, in addition to helping to reduce the inefficiencies associated with these taxes”.

The underground economy in Spain

By last, Another common explanation for the lower relative tax collection in Spain comes from of the greatest weight of the underground economy. One of the latest available data trying to calculate the size of the informal economy was presented in 2019 in a report by the International Monetary Fund that the figure at about 20% of national GDP.

If all that economy came out, the collection could increase by about a few 6 GDP points, just the gap that separates Spain from the euro zone. However, it is practically impossible to completely end the informal economy, although it is true that Spain has great room for improvement compared to the countries of the euro area and even more so when compared to the Nordic countries. Thus, if the objective is to converge in collection with the euro zone the ‘recipe’ of experts consider that it would be advisable to reduce the tangle of exemptions, fiscal benefits… reduce appraised goods at reduced rates and improve the fight against the underground economy.